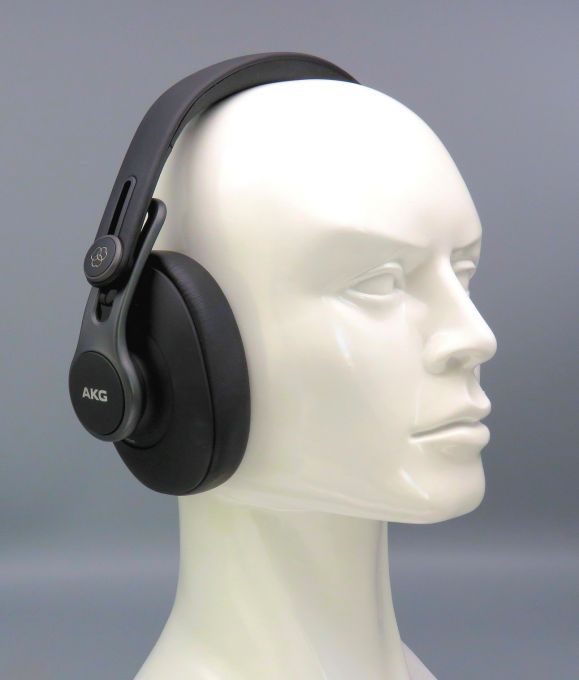 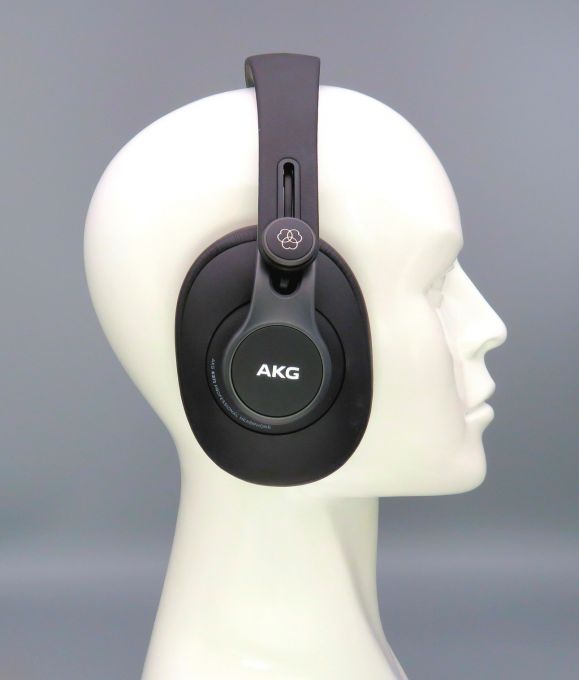 As AKG is a Harman company (which today means a Samsung company) I was expecting the K371, its modest price notwithstanding, to a be a poster boy for the Harman headphone target response. It says on AKG's website that "K371s are precision-engineered to match AKG’s Reference Response acoustic target", which surely means the  target response painstakingly established and refined by Harman's Sean Olive and his co-researchers. But the story of the K371's perceived tonal balance proved not to be so simple.

AKG specifies the K371's sensitivity as 114dB SPL for 1V but our measurements recorded 118.4dB SPL for 1V at 1kHz, more than 4dB higher. This translates to a current sensitivity of 109.4dB SPL for 10mA, so the motors in the K371's drivers are unusually adept at converting voice coil current into sound pressure for what is a medium-impedance design. This bodes well for battery life when it is used with portable music players or smartphones. Note too that the K371 is unusually light for a full circumaural design at just 257g (headset only).

In some respects its uncorrected frequency responses were just what I was expecting to see. The right capsule response has the shelved-up bass and high ~2.5kHz peak that you'd anticipate, but there was an unexpectedly large disparity with the left capsule, in which neither feature was so strongly developed. As the corrected responses are calculated from the mean of the two capsule responses, they were inevitably affected by this. Although the Harman 2017 corrected response proved to be flat to within a remarkable ±2.5dB from 2.5kHz down, above that there is a little lack of energy at 4kHz. This and the mild excess at 150Hz reduce the Harman PPR scores to 65/60 ≡ 56%/52% (L/R).

There was further disparity in how the two capsules reacted to compromised earpad sealing in our leakage tests. Both lost significant lower-midrange and bass output, but the right capsule fared much worse than the left in the spectacles and 'hair' tests.

Time domain performance of the K371 is much better, mostly. The CSD waterfalls for both capsules evince little treble resonance, and there are none of the midrange modes so familiar from planar magnetic designs. As a result, the impulse respone decays rapidly, to below -40dB in 3.3ms and 2.7ms respectively for the two capsules - unusually fast for a closed-back headphone. The CSD waterfalls reveal some treble resonances, and there's a hint of LF resonance too. The source of this, as revealed by the acoustical crosstalk trace, is a series of strong structural resonances in the lower midrange and bass, so the K371's light construction has a downside.

For a moving-coil headphone the K371 has a relatively constant impedance across the audio frequency range, with the result that its frequency response is only mildly affected by finite output impedance in the signal source. Even with 30 ohms series impedance the response modification is just 0.51dB.

There's good news for anyone wishing to use the K371 in noisy environments: it provides a high level of sound isolation for a passive design, beginning at sufficiently low frequency for it to deliver useful attenuation of many intrusive environmental sounds. To do much better than this with a circumaural headphone you'd need a model with active noise cancellation.

Electrical crosstalk from the three-wire connecting lead is inconsequential at a level of around -38dB.