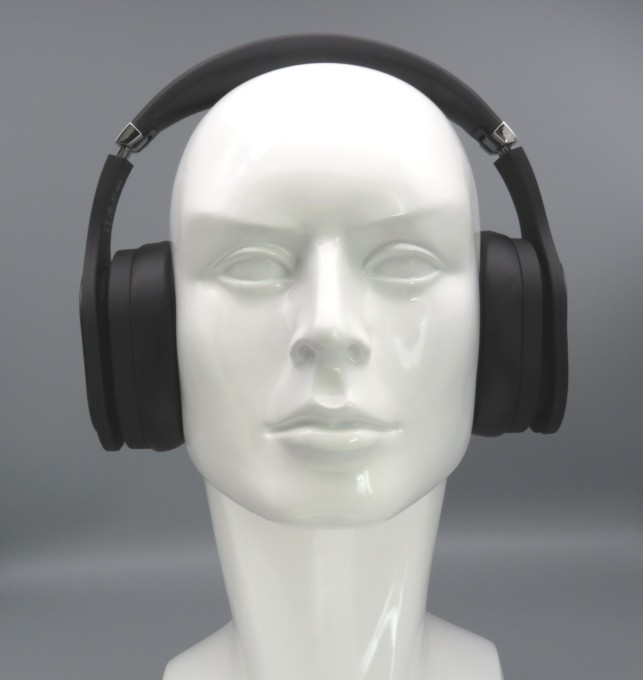 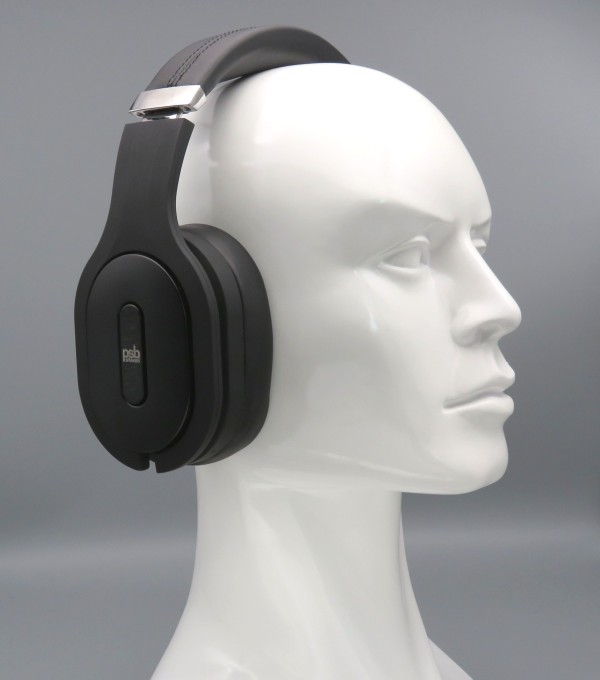 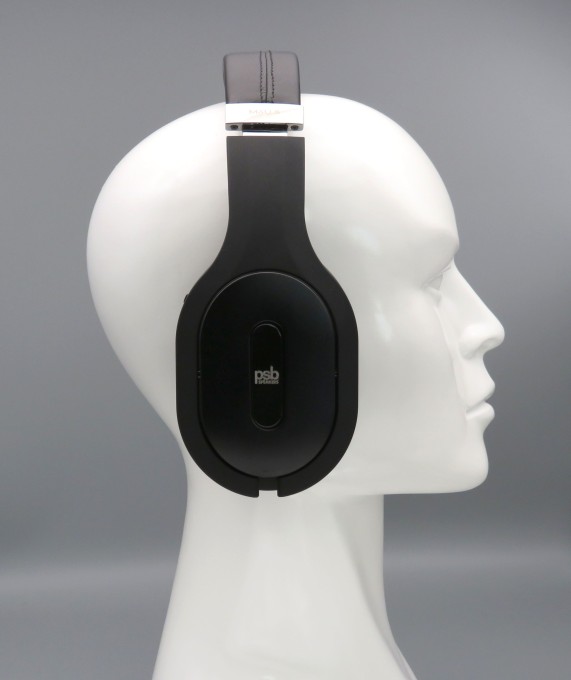 In passive mode the test sample of this headphone was

This is a complex headphone to measure because it offers three modes of operation: passive, active (using the onboard amplifier) and ANC. But all three can be accessed with a wired connection, which avoids the need for (and hassle of) using the Bluetooth interface, which wasn't tested.

This is not the only good reason to use active mode in preference to passive, another being that it allows EQ to be applied to bring the frequency response into closer alignment with the RoomFeel target response used by PSB (which was originally developed by Lenbrook Group and Canada's National Research Council). The details of RoomFeel have never been made public but it's clear from the active mode Harman 2017 corrected response that it must bear close relation to the latest Harman target except, perhaps, below 70Hz. This is also reflected in the Harman PPR figures for active mode, which at 92/89 ≡ 80%/78% (L/R) are exceptionally high. In ANC mode they are still good at 76/86 ≡ 66%/75%, but in passive mode they drop to a less impressive 39/59 ≡ 34%/52%.

While this might seem cause for celebration in such a competively priced and feature-rich headphone, unfortunately the M4U 8 is exceptionally sensitive to compromised earpad sealing. If significant earpad leakage occurs, bass response suffers dramatically, to the point that the Harman PPR figures dropped to 59/45 in active mode in the spectacles test, and plummeted to negative figures of -3/-13 in our 'hair' test. So the perceived frequency response of the M4U 8 depends even more on effective sealing to the head than it does on the mode you use it in.

Further bad news is found in the acoustical crosstalk test, which confirms what is obvious subjectively when listening to pink noise reproduced over one channel only – that the M4U 8 (like the M4U 2) has a serious headband resonance issue. The resonances appear as a series of peaks below 500Hz in the crosstalk curve, as well as accompanying ripples in the capsule driven output. In passive mode, becasue its three-wire connection involves shared earth impedance, there is electrical crosstalk but at around -37dB this will have imperceptible effect on stereo imaging.

In passive mode the M4U 8 offers high sensitivity at a measured 119.2dB for 1V at 1kHz, averaged for the two capsules. For a moving coil headphone it also has relatively constant impedance across the audible frequency band, so that even with 30 ohms source impedance its frequency response is modified by only 0.45dB.

Excepting its headband resonances, the M4U 8 displays good performance in the CSD waterfalls with just a few resonances vsible at treble frequencies, But those headband modes extend the decay of the impulse response. The IRs drop below -40dB in 3.7ms and 2.8ms respectively, which are good figures for a closed-back headphone, but the decay to lower levels is quite protracted.

Provided that the earpad seal is good the M4U 8 offers useful isolation from external sounds, active mode just bettering passive mode at lower frequencies perhaps because of superior electromagnetic damping of the drive unit. ANC provides significant benefit below about 1kHz but performs less well than the passive and active modes above that.