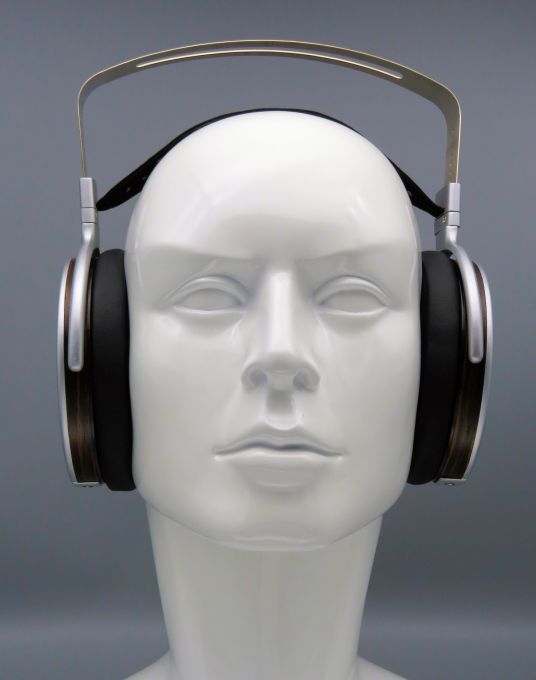 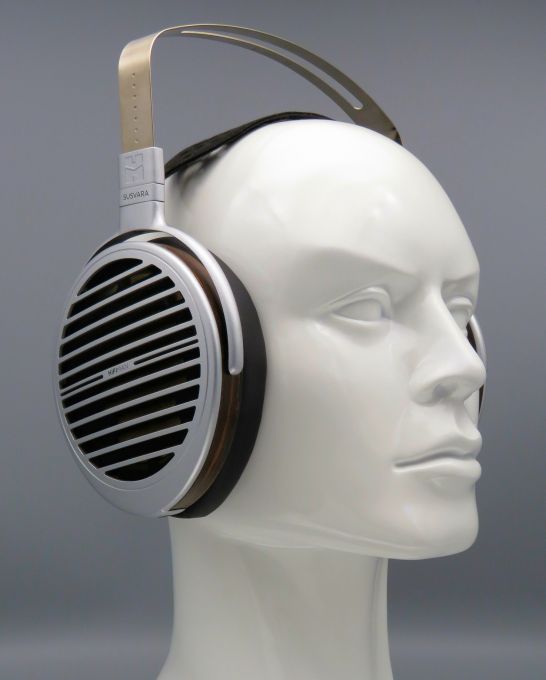 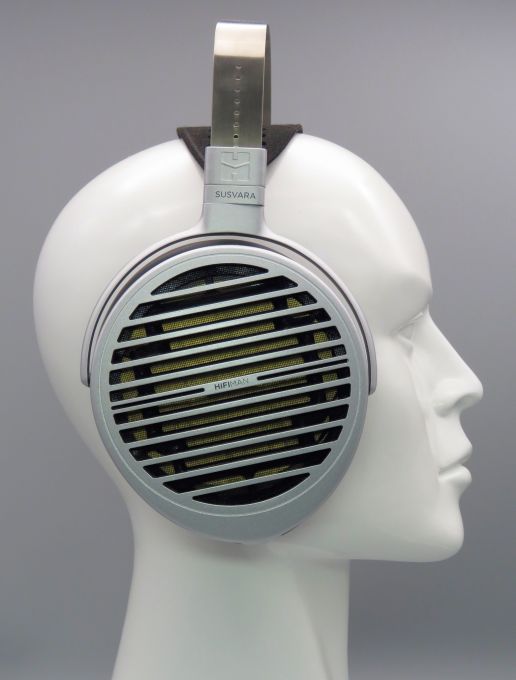 The test sample of this headphone was

The test sample of the Susvara proved to be polarity inverting, which is unforgivable in any passive headphone let alone one of this elevated price. Why this should be the case when the other, cheaper HIFIMAN models tested here – the Arya and Sundara – were wired correctly is hard to imagine.

Also to its demerit, this is far and away the most insensitive headphone I have ever measured. The average voltage sensitivity for the two capsules was 91.5dB for 1V at 1kHz, which makes the Susvara around 25dB (!) less sensitive than a typical medium-impedance moving coil model. You have to wonder why HIFIMAN didn't drop the nominal impedance from 60 ohms to 30 ohms and at least claw 6dB of that back.

There is better news in the Susvara's uncorrected responses, specifically the flat trend below 1kHz and higher peak around 3kHz – here 3.5kHz – than is often seen in planar magnetic headphones. The result in the corrected responses is that although the diffuse-field trace shows a shelved-up response below 1kHz and an octave-wide dip thereafter, the Harman-corrected traces are pretty flat in trend, so that the Harman PPR scores are good at 70/76 ≡ 61%/66% (L/R). As the leakage graphs show, the Susvara is also quite tolerant of compromised earpad sealing, to the extent that the PPR scores actually rose in the spectacles and 'hair' tests to 74/79 ≡ 65%/69% and 78/79 ≡ 68%/69%..

What doesn't bode well in the uncorrected responses is the high degree of fine structure in the traces from 200Hz upwards, which suggests multiple diaphragm resonances, confirmed by the CSD waterfalls. There are, broadly, two types of PM headphone: those which use for their diaphragms plastics which have high internal loss to damp breakup resonances, and those which use low-loss plastics instead. The Susvara – indeed, all the HIFIMAN models we've tested – fall into the latter category but it's notable that this, the costliest of them, is the worst in its suppression of diaphragm resonance. It's possible that this is a deliberate design policy, justified by a belief that these high-Q resonances are rarely excited and hence inaudible in practice. But the Susvara's CSD plots do not make for comfortable viewing.

You'd anticipate with all this resonance present that the impulse response decay must be protracted, and so it is. Decay to below -40dB takes 6.8ms and 8.1ms for the two capsules, and decay to lower levels is slow thereafter.

With its almost contant impedance versus frequency, the Susvara suffers negligible modification of frequency response as a result of signal sources having finite output impedance, to the tune of a minuscule 0.01dB with 30 ohms series impedance.

While you might suspect the thin, undamped 'cyberman' headband of resonance, the acoustical crosstalk trace shows that if there is any then it's at a low level.