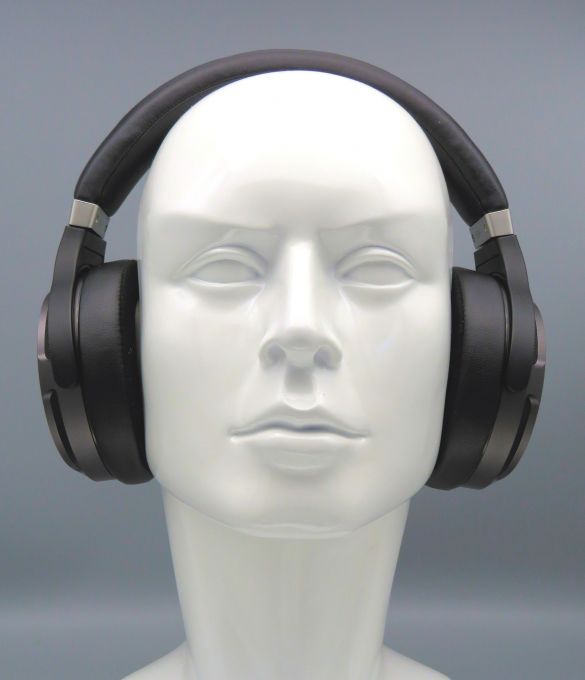 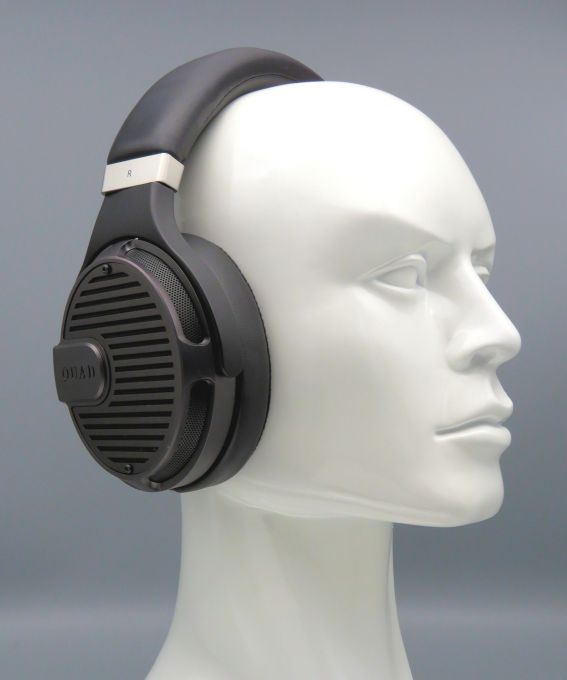 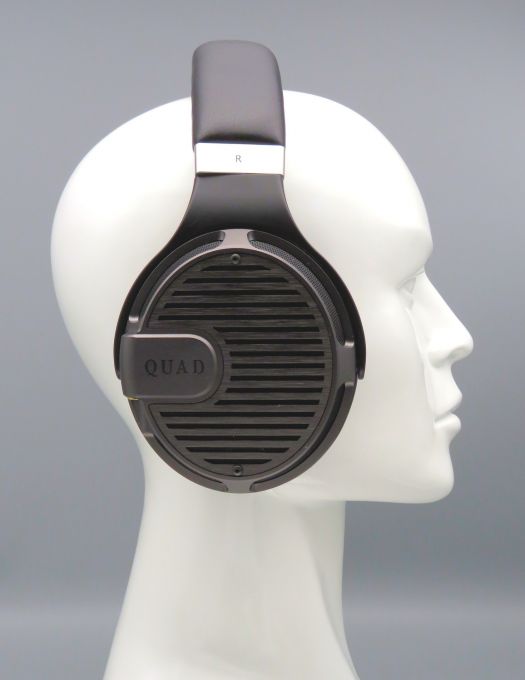 Traditionalists may have hoped that Quad would apply its electrostatic expertise to a headphone, but planar magnetic drivers were chosen for the ERA-1 instead as a less costly, more practical option requiring no accompanying energiser box.

In most respects Quad's headphone performs like many other PM designs, but it has some less common features too. First of these is its 114.5dB for 1V at 1kHz sensitivity, which while not the highest we've measured from a planar magnetic model at least puts the ERA-1 among the small band that achieve voltage sensitivity broadly matching that of medium-impedance moving coil alternatives. Low impedance (20 ohms nominal) is used to help achieve this, though,

Uncorrected frequency response is flat in trend right the way to 10kHz, with little sign of the ~3kHz peak conventionally required to provide a neutral perceived tonal balance. So it's no surprise to find that all the corrected frequency responses show a hole in presence band output. As this is not accompanied by  lower-midrange excess, the ERA-1 won't sound as thickened as many modern headphones, for which reason its Harman PPR scores are 44/61 ≡ 39%/53% (L/R), the right channel scoring better principally because of its higher output between 1kHz and 3.5kHz.

As the leakage responses show, this is one of the few headphones that are largely unaffected by compromised earpad sealing, which means that a broad range of listeners are likely to experience similar tonal balance from it. This is reflected in the relatively small changes in the Harman PPR rating to 43/53 ≡ 38%/47% and 33/55 ≡ 29%/48% respectively in our spectacles and 'hair' tests.

PM headphones don't always display the best time domain performance but the ERA-1 demonstrates fast initial decay of its impulse response, falling to -40dB in a fast 1.6ms for both the left and right capsules - although the right capsule didn't decay to still lower levels as rapidly as the left. In keeping with this fast IR decay, the CSD waterfalls display little in the way of treble resonance although there is a clear diaphragm breakup mode at ~1kHz and evidence of others, at lower levels, at midrange frequencies.

Because, typically for a PM design, its impedance versus frequency trace is almost flat, the ERA-1 suffers negligible frequency response modification when used with sources of finite output impedance, amounting to a mere 0.1dB for a source impedance of 30 ohms.

While this open-back design does achieve modest amounts of sound isolation at high frequencies, it provides no useful attenuation of common environmental sounds.

There is no evidence of significant structural resonance in the acoustical crosstalk trace. The sharp peak at 100Hz  and similar peaks at 50Hz, 200Hz, 300Hz and 400Hz suggest that these are mains-related artefacts of unknown source, not usually seen in any of HTL's measurements. Corresponding glitches in the blue trace, particularly at 50Hz, 100Hz and 400Hz,  are not present in the other frequency response traces.